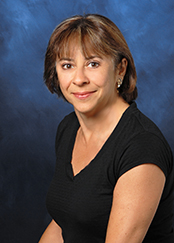 Zulma Gazit, PhD, is an associate professor in the Cedars-Sinai Department of Surgery with a research focus on mesenchymal stem cells (MSCs). Her studies have shown that MSCs were able to generate and regenerate bone when genetically modified to overexpress an osteogenic gene. Gazit viewed the usual methods to isolate MSCs as ineffective to be applied in clinical setting, where she developed the methodology for immunoisolated, noncultured MSCs for in vivo implantation and reported that human MSCs can be immunoisolate. This approach gave rise to a phase I clinical trial at Hadassah Hospital in Israel, with results being published in Molecular Therapy in 2013. Gazit's focus later moved to MSCs residing in other tissues, such as the intervertebral disc. With the discovery of induced pluripotent stem cells (iPSC), there has been an exponential development and advanced technology with enormous potential to make progress in medical therapy by personalizing regenerative medicine. Apart from the prospects of using iPSCs in regenerative therapy, Gazit blends the paths between IVD-derived cells and iPSC to generate early developed iPSC-derived notochordal and nucleus pulposus cells. Her goal is to use these cells to rescue damaged tissues, namely degenerate disc. On another avenue, over the last five years Gazit has been working on a project supported by the National Institutes of Health in which structural allografts are used for cranioplasty together with intermittent PTH administration; significant bone repair and graft integration occurred more efficiently than in allografts without PTH. These findings may aid in the development of an attractive bone graft, which is readily available, for use in craniofacial reconstruction.